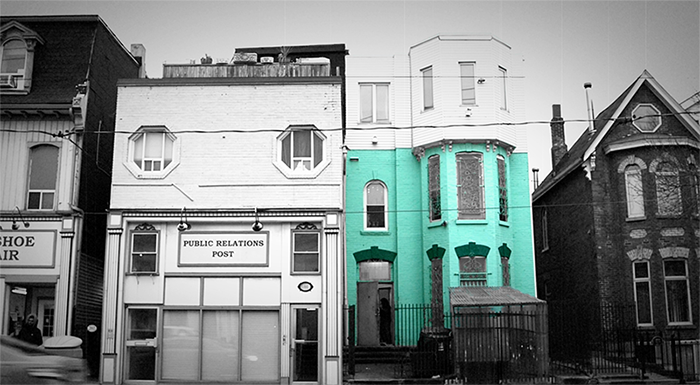 Using archival materials, 206 Carlton is a short documentary film that brings together a story of racism and resistance in the city of Toronto, through focusing on one address, one house. At the centre of this story is Ernst Zundel, a former resident of 206 Carlton Street and internationally infamous Holocaust denier. From this downtown Victorian townhouse, he spread hate materials that found their way into the hands of hateful groups around the world.

An Anti-Racist Action (ARA) chapter was founded in Toronto in 1992, in response to a growing presence from the Heritage Front and a growing climate of hate. The ARA was a pre-existing decentralized network across North America with individual chapters in various cities focused on combating racist groups in their communities. In Toronto, this included Ernst Zundel and the Heritage Front, among others.

This digital archive accompanied the screening, showcasing materials which were used to resist Ernst Zundel.

206 Carlton screened on June 13th at CineCycle and June 20th at Ryerson University as part of the DocNow Festival. For more information: https://sylvianowak.com/206-Carlton