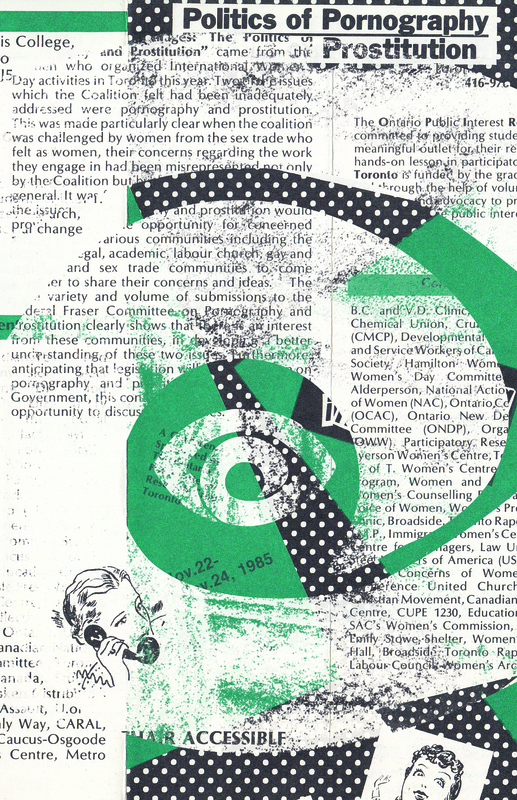 In May 2019, Ontario Premier Doug Ford announced the Student Choice Initiative, a provincial mandate that provides students with the option to opt-out of ancillary fees deemed "non-essential." The types of groups that are funded by these fees, however, are largely student unions and student services such as OPIRG which receive their annual funding through undergraduate and graduate student levies. Under this direct attack, OPIRG Toronto has been left in a precarious position with the threat of being defunded. As a response, on August 16, 2019, OPIRG Toronto in partnership with Alternative Toronto presented a retrospective anti-gallery celebrating four decades of actions, chants, DIY movements and art, as well as a blatant refusal to accept defeat on campus or in the community.


OPIRG Toronto reached out to the multitudes of other grassroots and independent activist organizations to participate in building their own interactive exhibits to be included in the Anti-Gallery, knowing that the story of OPIRG's community organizing could not be told without all the groups that had been active alongside of them. These included: Design Justice Network, Mining Injustice Solidarity Network, No One is Illegal, Ontario Coalition Against Poverty, The Dr. Chun Resource Library, Students Against Israeli Apartheid UofT St. George, Art of Resistance on CIUT 89.5FM, and the Women's Coordinating Committee for a Free Wallmapu (Toronto). 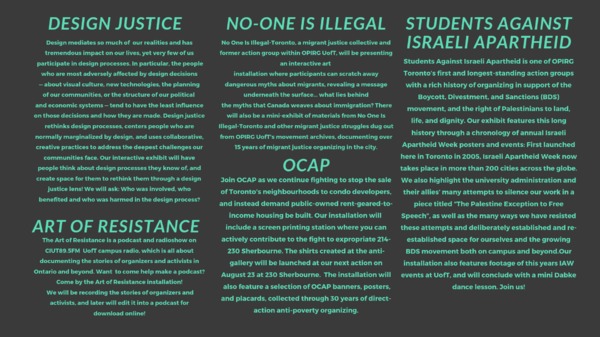 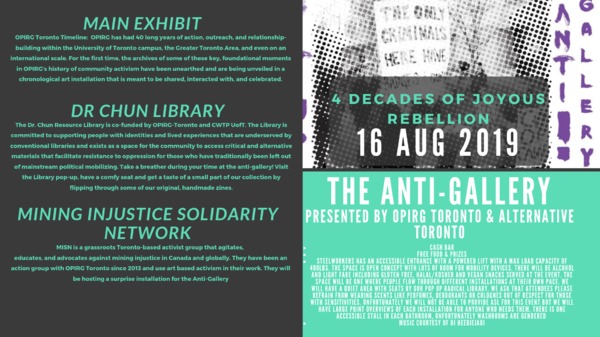 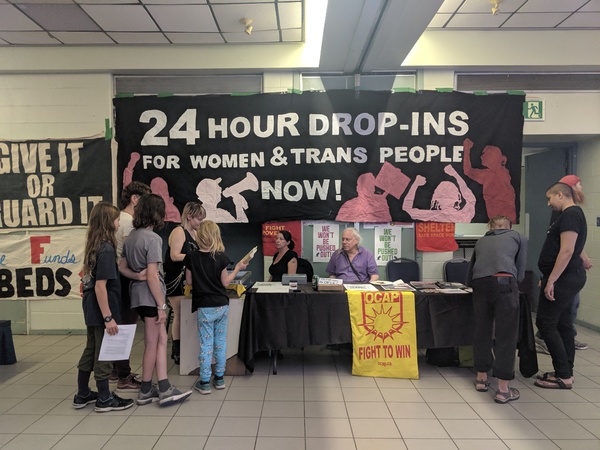 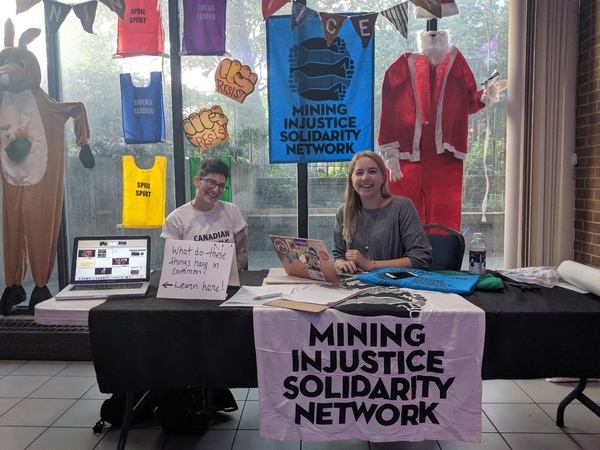 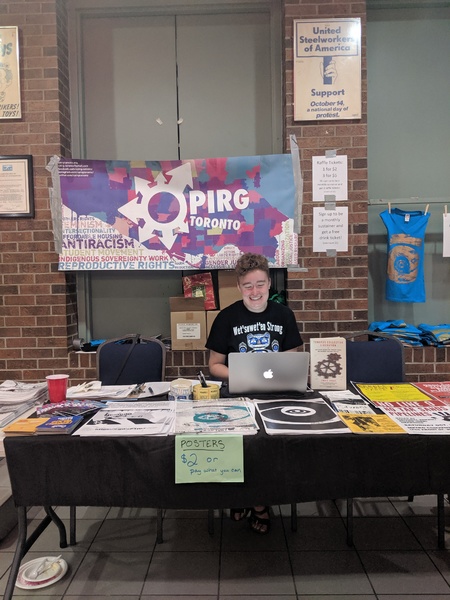 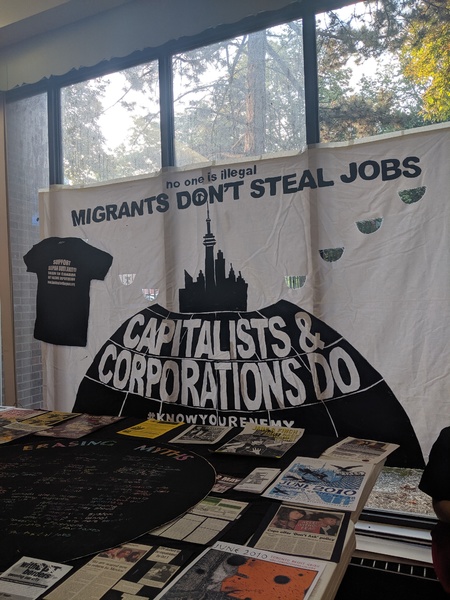 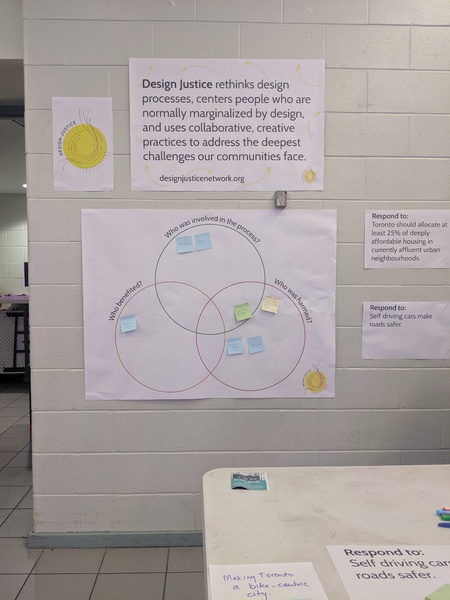 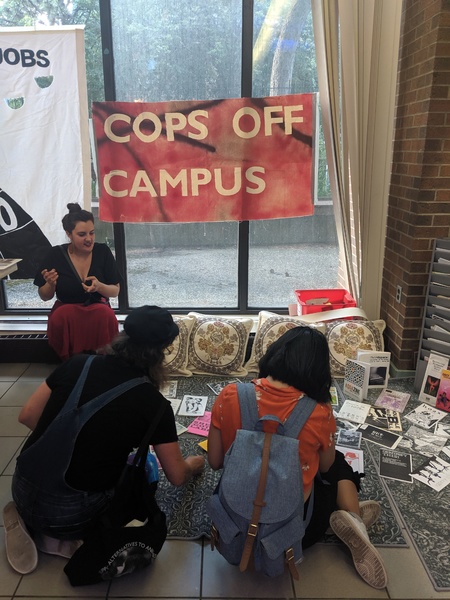 As the main exhibit of this special event, OPIRG Toronto's archival records were assembled into an interactive art installation that brought to life OPIRG Toronto's long history of community organizing. Hung from the ceiling of Steelworkers Hall using twine and clothespins in true DIY fashion, the records were physically curated into a chronological narrative that told the story of the various campaigns represented within this virtual exhibit. Guests were able to flow alongside, in between, and through the archival records on their own, listening as the records were brought to life in a tour hosted by the staff who had worked for OPIRG Toronto in the 1990s as well as the curators of the exhibit. In this way, the Anti-Gallery brought the participatory ethos of Alternative Toronto into the exhibition space, demonstrating that in times where the work of grassroots organizers is under threat, history needs to be broken open, touched, and physically remembered to remind the world that their work is anything but "non-essential." 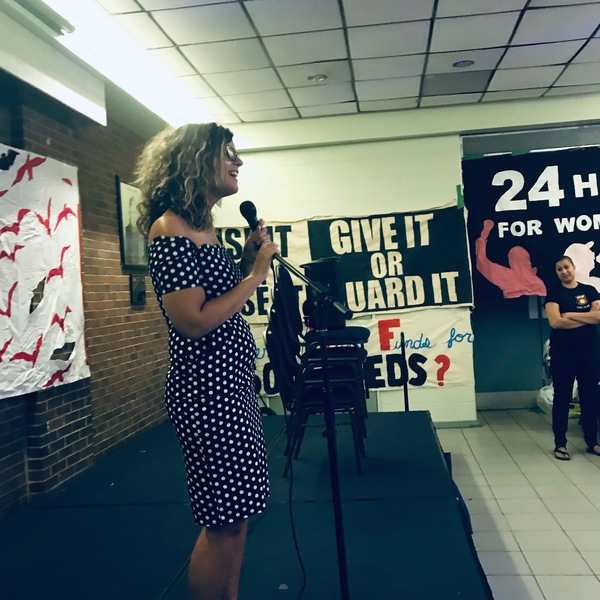 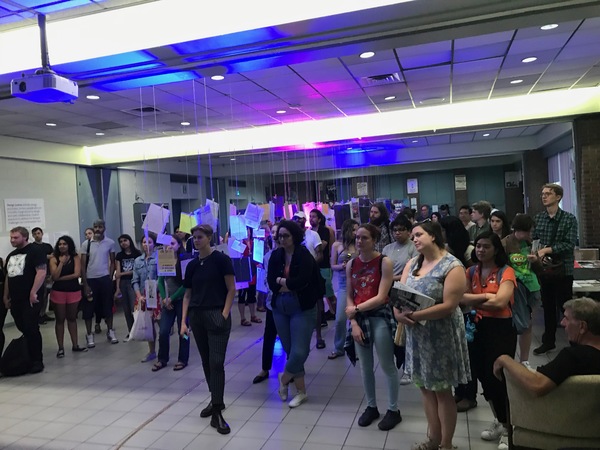 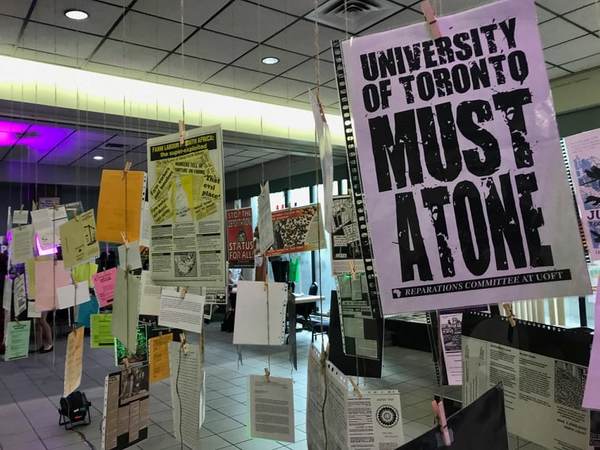 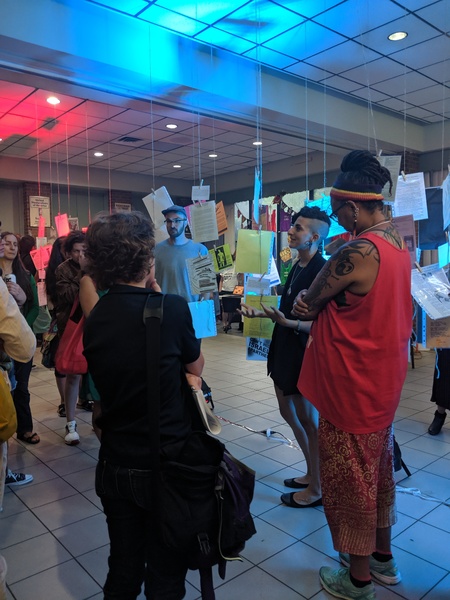 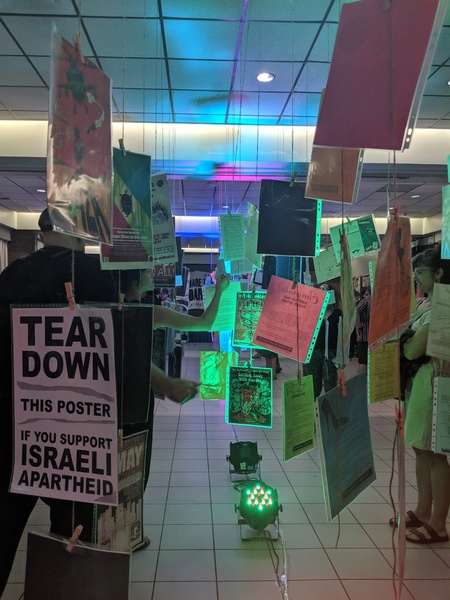 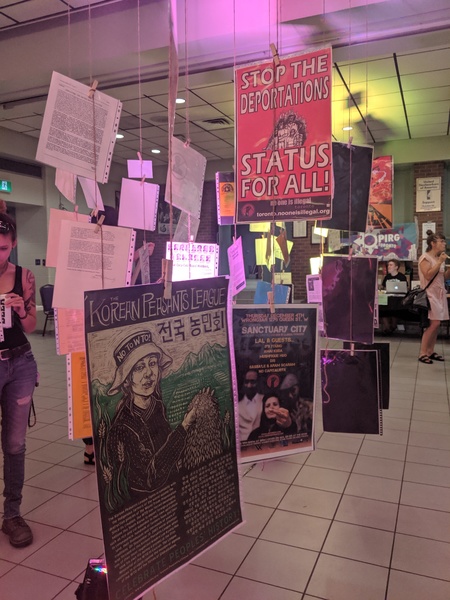 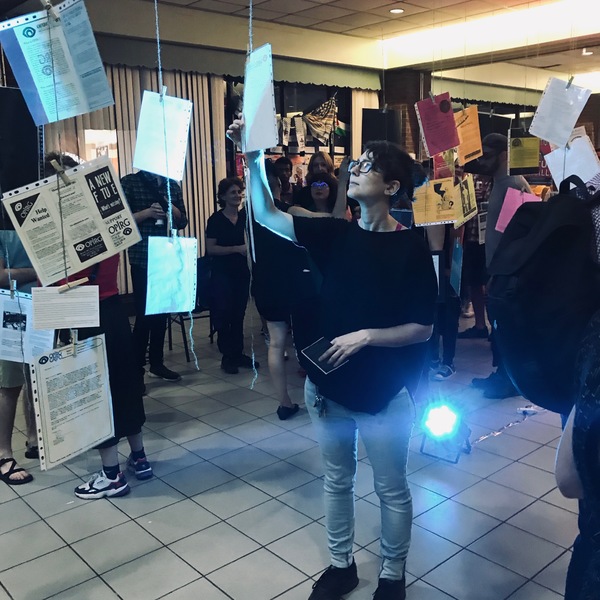 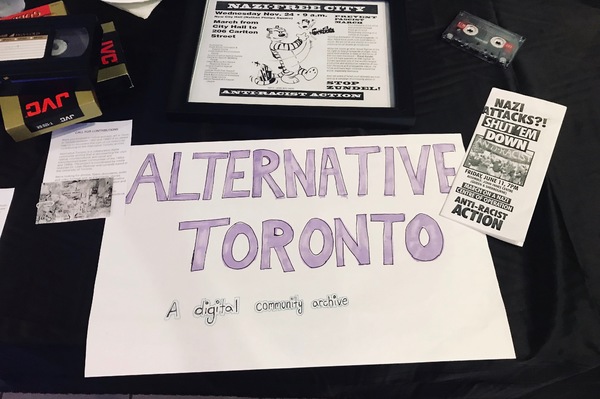