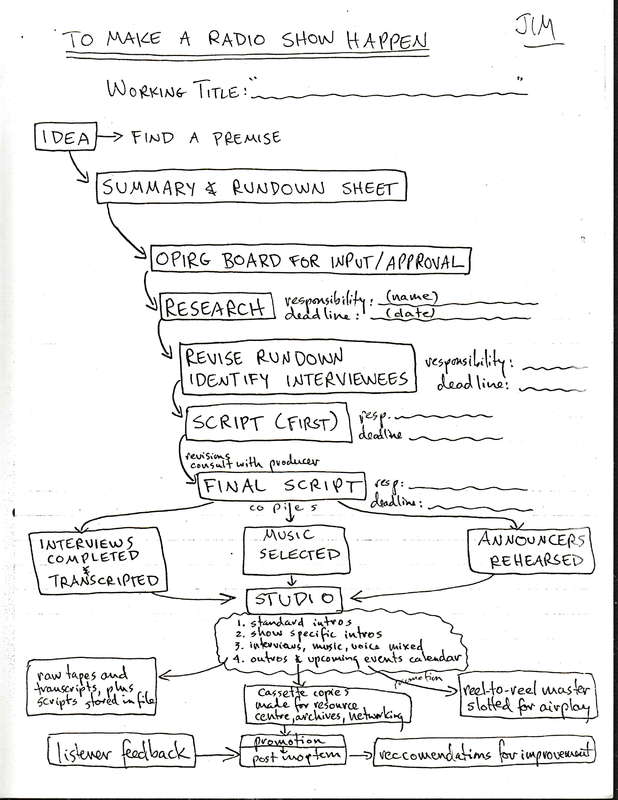 The idea for Public Interest Research Groups pre-dated the establishment of OPIRG Toronto. The model for the PIRGS was first outlined in a book called Action for Change: A Student's Manual for Public Interest Organizing by eventual Green Party candidate Ralph Nader.

In 1972 students and community activist in Waterloo invited Nader to speak at their University. Inspired by his speech, students at University of Waterloo began organizing their own local PIRG, which would eventually become the first OPIRG. The network of Ontario Public Interest Groups expanded over the coming decade and on February 10, 1982 Ralph Nader once again visited Canada, this time speaking in front of a packed house at University of Toronto's Hart House. In a meeting two weeks later 100 enthused University of Toronto Students met and launched a campaign to secure funding for their own local PIRG.

The first step to setting up OPIRG Toronto was to launch a campaign for student fee levies. Voted on democratically by the student body, this levy would be charged yearly to each member of any student organization that approved it. 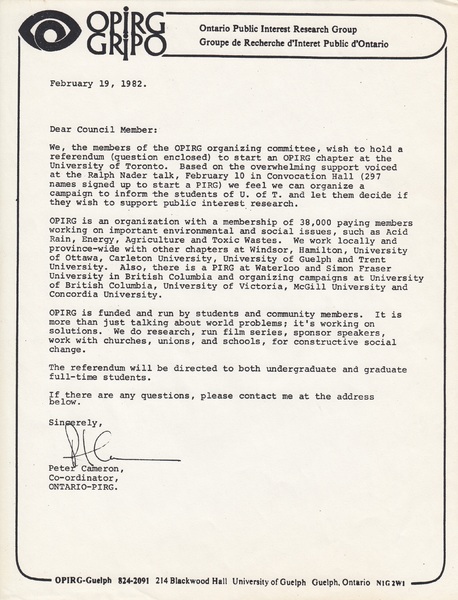 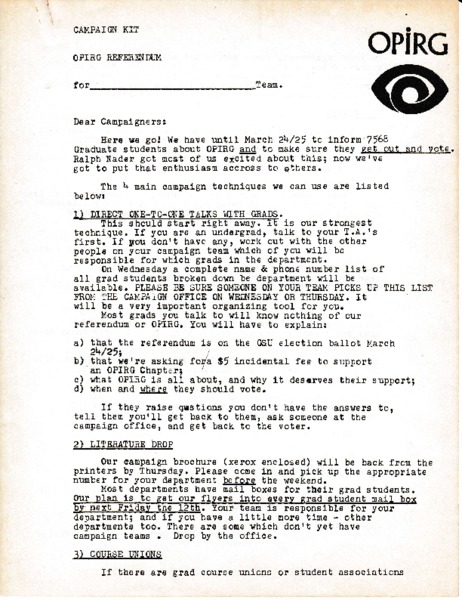 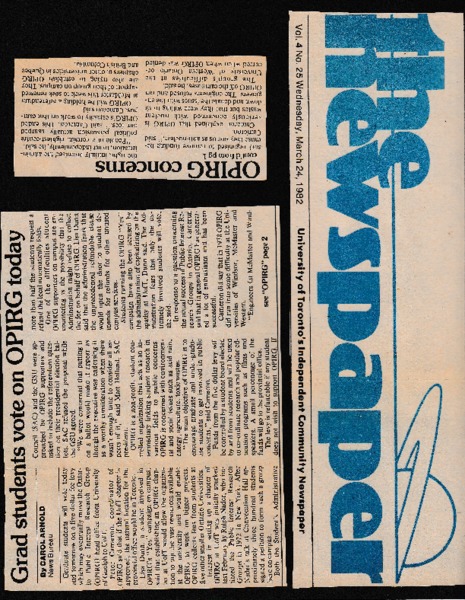 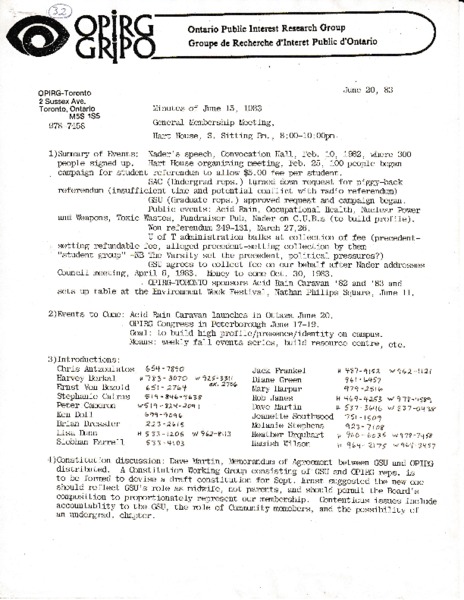 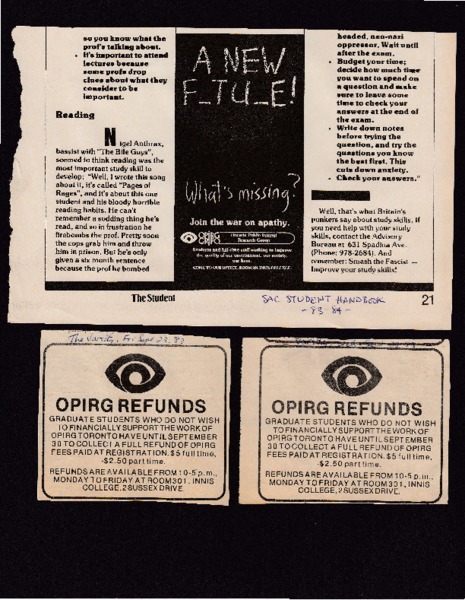 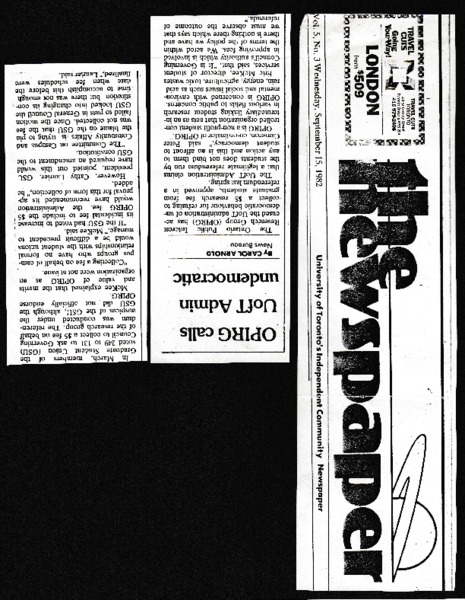 As one might guess about a form of organizing conceived of by Ralph Nader, many PIRGs innitially focussed on environmental concerns. Early OPIRG Toronto campaigns included involvement in the Acid Rain Caravan, the Project for Environmental Priorities and the reduction of on campus parking. 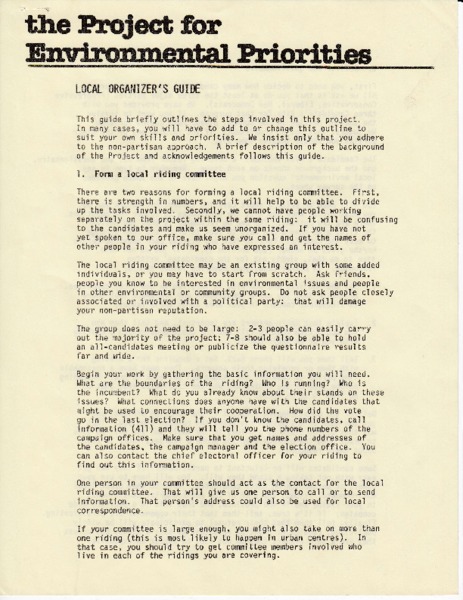 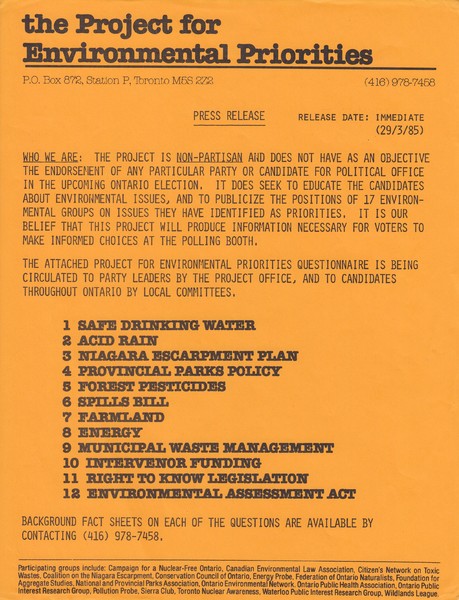 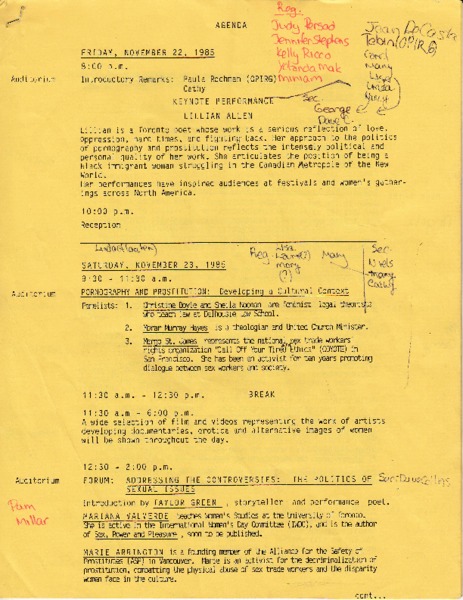 OPIRG members understood that environmental degradation overlapped with a number of other social justice issues. Soon after getting started members of OPIRG Toronto founded a the Hard Times Radio program, which explored activism and social justice issues in the city and beyond. 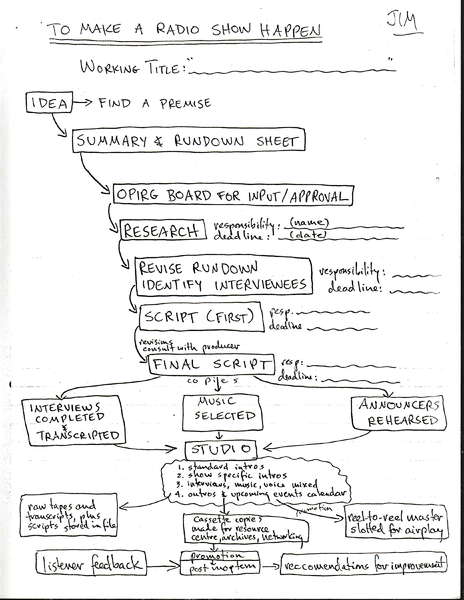 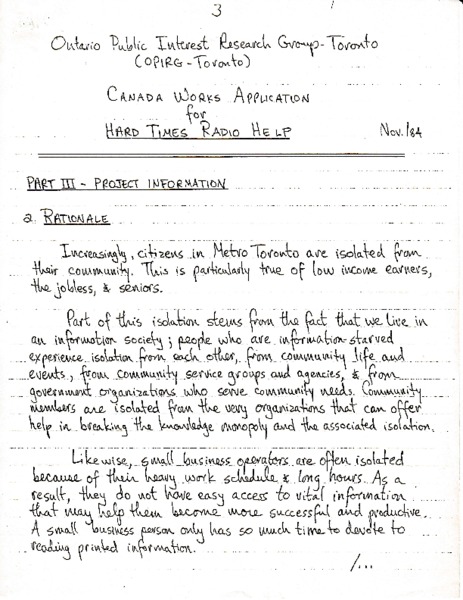 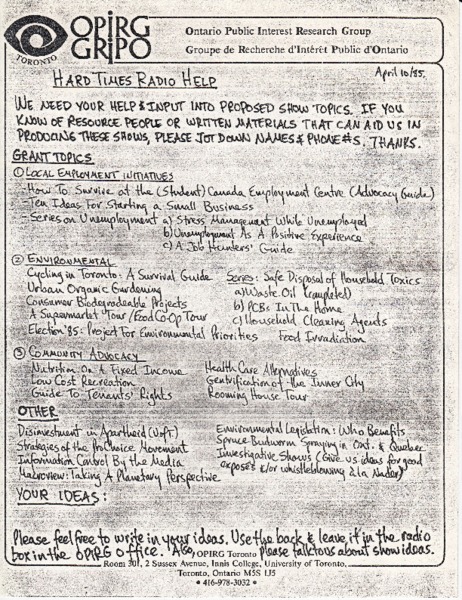 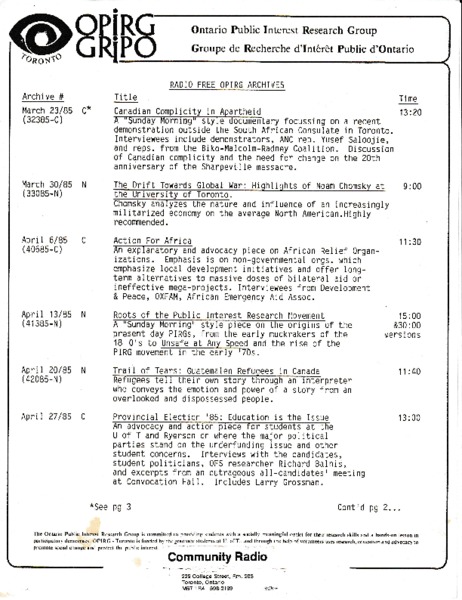 Many OPIRG Toronto members also organized with groups outside of the University. In 1985 one OPIRG Toronto member suggested that they organize a conference on feminism, sex work and pornography in response to debates that emerged from organizing for that year's International Women's Day. The Challenging our Images Conference took place later that year and included presentations from academics, activists and rank and file sex-workers. The proceedings were also eventually published into a book. 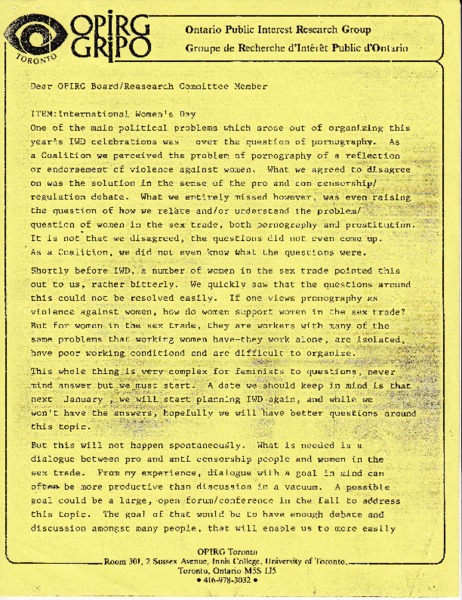 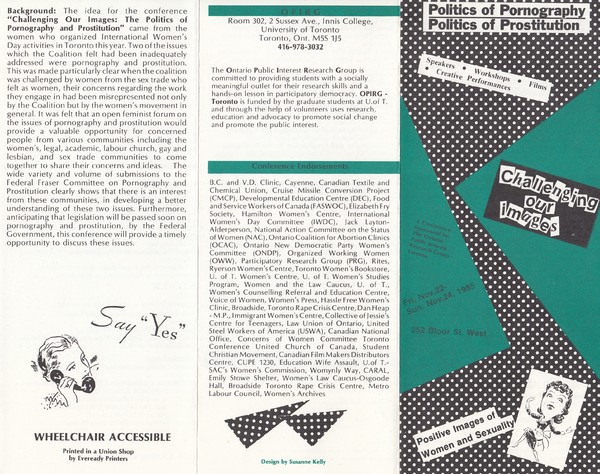 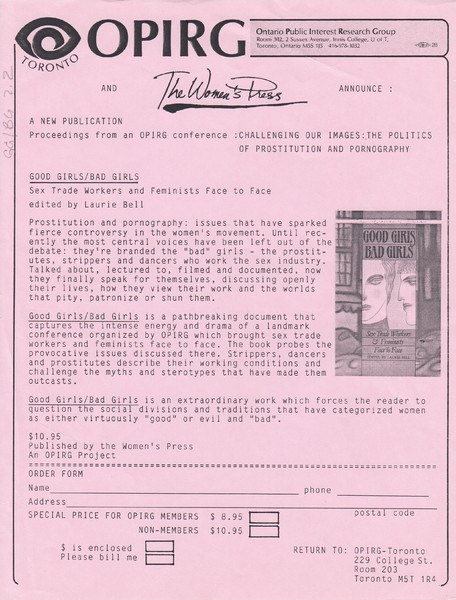