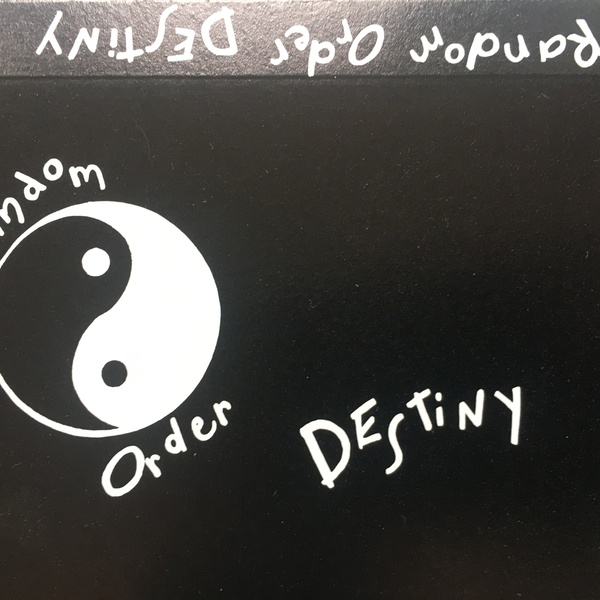 Cover art for Random Order's first cassette, Destiny. Two of the tracks "Positive Emotion" and "Fashion" reached #2 on CKLN radio charts and various college radio as well as airplay in Europe especially on indie, college and pirate radio stations. All of the music on this cassette was performed by the original line-up which were together from 1989 to 1990.
Lynx Dean : Guitar/Vox/percussion/Lyrics/Arrangement
Auge VanBolhuis: Drums
Tantrum: Bass Guitar

I met Auge & Tantrum at a dinner party on Church street during Toronto Pride Festival in 1989 and asked if they would be interested in starting a band. The following year we performed at the only pride stage at the beer store on Church street and the cassette was released that same day.