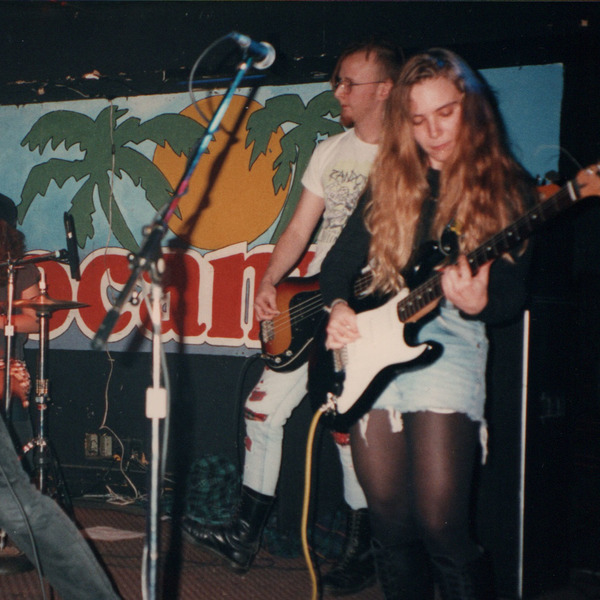 Nina Hagen Das - El Mocambo I cant speak to the 80's as I was still in the UK but in the early 90's; finding Women in the male-dominated "traditional" Toronto Punk Scene was like spotting a Unicorn. With the exception of Chicken Milk every other band we played with was male.

Along with it came the assumptions we must be looking to get laid and the musician part clearly secondary. No men got laid as a result of this band, sorry fella's! (It should be noted that several men, including those who invited us to play gigs, were extremely respectful and supportive and I think frankly excited to see the scene become more inclusive)

As a result of the NHD several of our equally talented female friends also went on to form their own Punk bands, relinquishing their former roles of "audience member" at BFG, Armed & Hammered & Random Killing gigs.

Ginny was older than us and not only the best punk drummer I'd played with to date but the only female one ever and continued after we dis-banded. Preston also went on to play in several punk bands, but even back in his early days there was a melodic sensibility to his Bass playing that helped us stand out and that I really enjoyed. Christine became another fixture in the scene, she also played the saxophone making us stand out further as well as opening up the possibility of true to form X-Ray Spex covers (Identity). We also covered Nina Hagen (Smack Jack), Ramones (Warthog), Ice T / Bodycount (Cop Killer) as well as our own original material.

Our only recording was laid down live to tape in 1 take, while sharing a rehearsal space with Mourning Sickness, in the garage at Kathedral B in May 1993. - "Plastic Doll" clearly demonstrates the early presence of gender-queer and non-binary identities in the Toronto Scene, and speaks to the confusion / resigned loneliness of attempting to navigate as such, in a pre-internet world where you simply "did not exist", let alone expect to one day find your "Others" and be allowed to occupy those spaces outside the gender binary.

Shortly after it's recording I opted to leave the punk scene and pursue a new direction opened up to me by a second band I was now in... Mourning Sickness. The rest is MISS-tory and it's time to correct that.