A documentary short film about the Cold City Gallery in downtown Toronto.

"The brainchild of Toronto artist Dyan Marie, Cold City was formed as a new way to exhibit and sell work. While many hybrid galleries similar to the Cold City model have flourished since, Cold City was arguably the first of its kind in Toronto."
The Cold City Years: Power Plant

Through interviews with Cold City founder Dyan Marie and artists Peter Bowyer and Eldon Garnet, as well as archival photos and videos, this film chronicles this collectives’ ties to literary and critical journals of the day - the name Cold City was adapted from the “Cold City Fiction” issue of Impulse magazine. The artists also discuss the operational philosophy of the gallery and the devastating effect that the AIDS crisis had on the gallery and Toronto’s visual arts community. 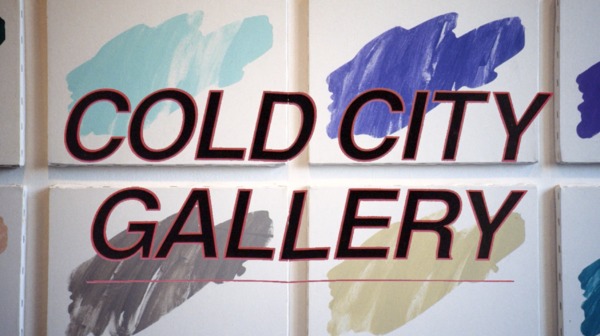