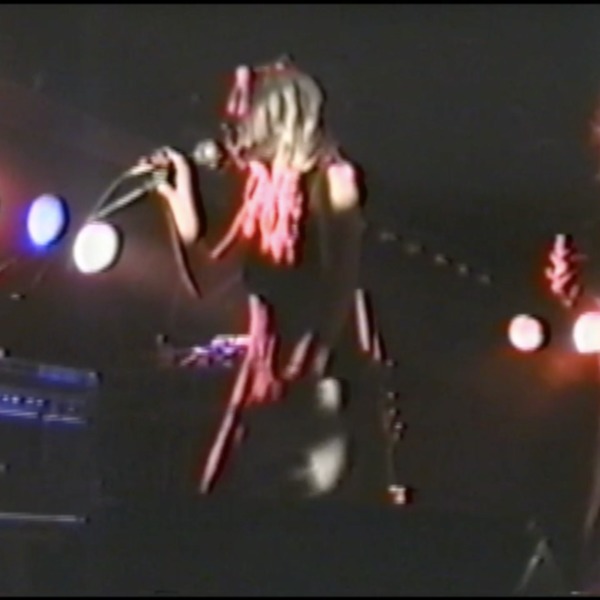 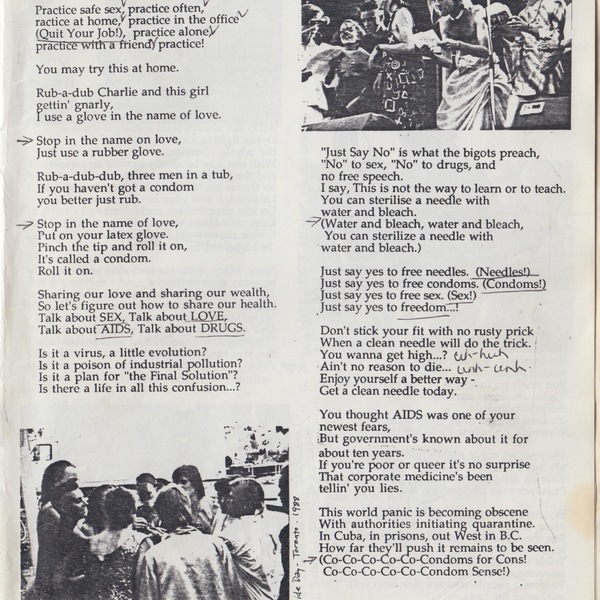 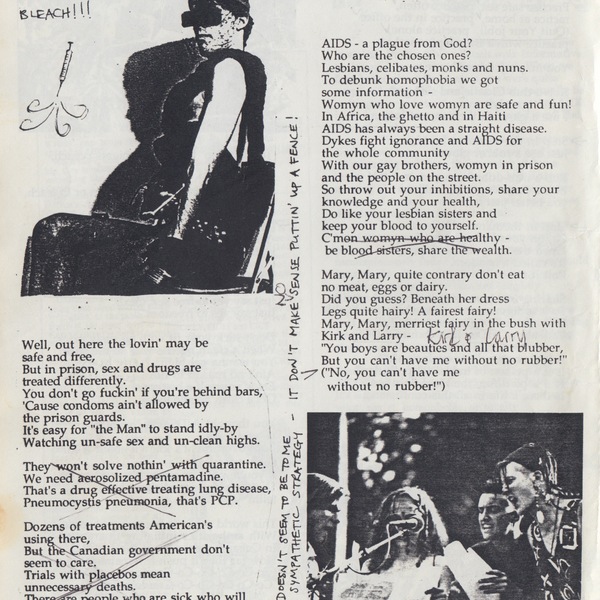 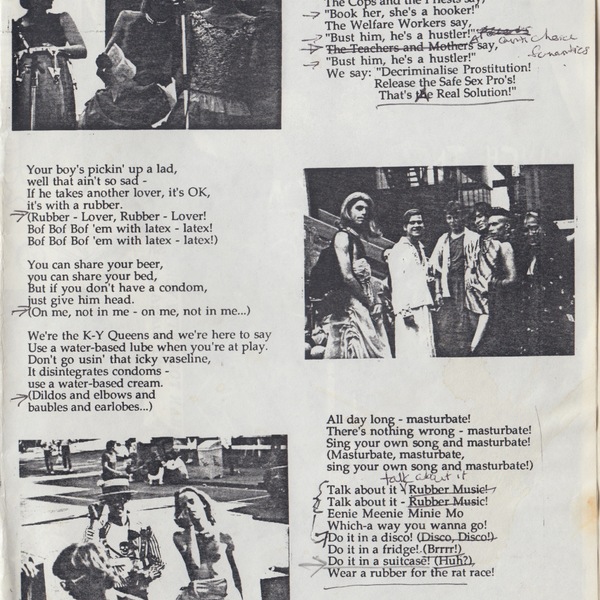 This show was one of a series of benefits for ACT for Disarmament and took place after a demonstration to protest the 1991 Gulf War.

"The Rubber Rap" was originally written by The Fuckheads (aka Michael Smith, Tracey Tief, Kenn Quayle and other residents of the queer punk house Kathedral B) and was performed by Mourning Sickness in Smith's play Person Livid with AIDS. Here, they are joined by members of the band Steal This Book.

Lyric page, with performance notes, from the zine Coming On (Fall 1988).