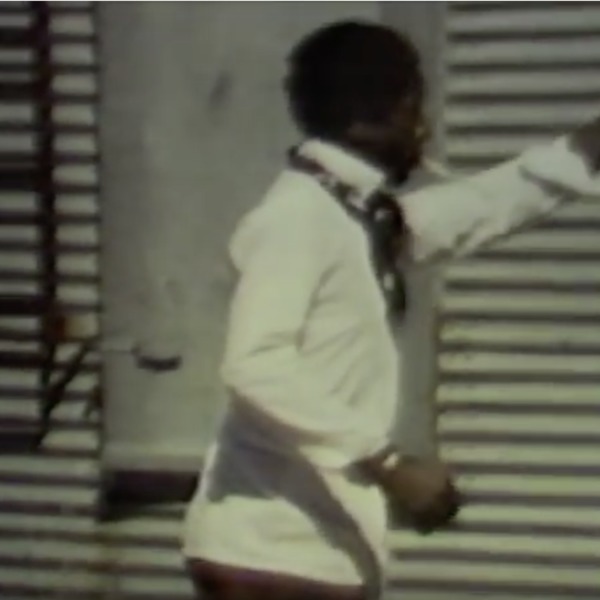 The video for Mecca Normal's "Strong White Male," from their 1987 7" single Oh Yes You Can!

Somewhere in the Canadian Prairies

The video for "Strong White Male" was shot by David Lester during the 1987 Black Wedge tour. The song appears on Mecca Normal's 7" single Oh Yes You Can!, which was released on K Records in 1987.

The Black Wedge was a tour of activist resistance culture organized by Jean Smith, which set out to "spread the word of how to combine poetry, music and politics and have a fun time doing it."

The tour was an anti-authoritarian response to Britain's earlier Red Wedge, and began on the West Coast in 1986 before continuing across Canada in 1987. The performers included Vancouver's Mecca Normal, San Francisco's Peter Plate, Montreal's Rhythm Activism and Toronto artists Bryan James and Mourning Sickness.

To learn more, read this excerpt from Smith's essay "The Black Wedge Tours: Take Something You Care About and Make it Your Life," in Sounding Off — Music as Resistance / Rebellion / Revolution, eds. Ron Sakolsky and Fred Ho, (New York: Autonomedia, 1996).