The Conspiracy of International Anarchists Tape 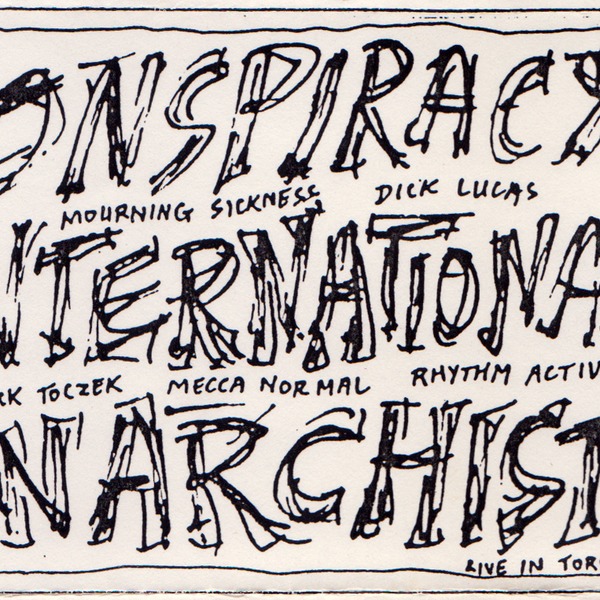 The Conspiracy of International Anarchists Tape

The Conspiracy of International Anarchists Tape, aka The C.I.A. Tapes, is a 1988 cassette compilation released by the U.K.'s Bluurg Records & Tapes.

The C.I.A. Tapes was recorded live at the Fallout Shelter and Ildiko's, and features poetry and musical performances by Dick Lucas (of the Subhumans), Mecca Normal, Nick Toczek, Rhythm Activism and Mourning Sickness.

The Fallout Shelter recordings are from the Toronto postscript to the Black Wedge tour on September 5, 1987.

The Fallout Shelter was a "nuclear free" performance space and coffee house run by the peace organization A.C.T. for Disarmament on Harbord Street.

The Black Wedge was a tour of activist resistance culture organized by Jean Smith of the band Mecca Normal, which set out to "spread the word of how to combine poetry, music and politics and have a fun time doing it."

The liner notes for the cassette include the following dedication:

"This tape is dedicated to all exceptionally oppressed people, but particularly to those whose entire lifestyle is being destroyed... Romany, Amerindian, Aborigine, and all other proud tribal people whose culture won't readily bow down before the all-consuming gods of western 'civilization,' social 'progress' and cash-culture."