Flyer for 1st (and only) Deviant Culture Exchange

A night of deviant culture held at The Purple Institute art space which was on Gladstone just north of Queen. It grew out of a similarly themed radio show on CKLN hosted by Hal Kelly and Exclaim magazine's Ian Danzig - only 3 bucks!

Featuring zines such as JD's, Trash Compactor, Killbaby, Vagina Dentata and others, extremely loud garage rock bands, videos from Sinister Cinema, and Roger Corman's Swamp Women on 16mm. It was a pretty good night - unless you were the people who came early to see Swamp Women which didn't end up screening until very late. They were mad and I still feel bad. 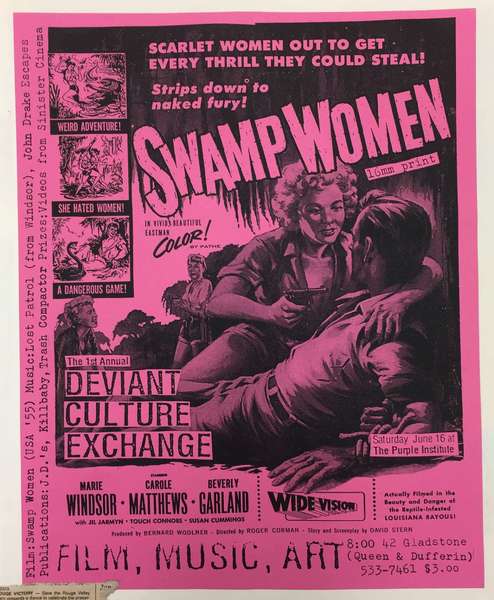