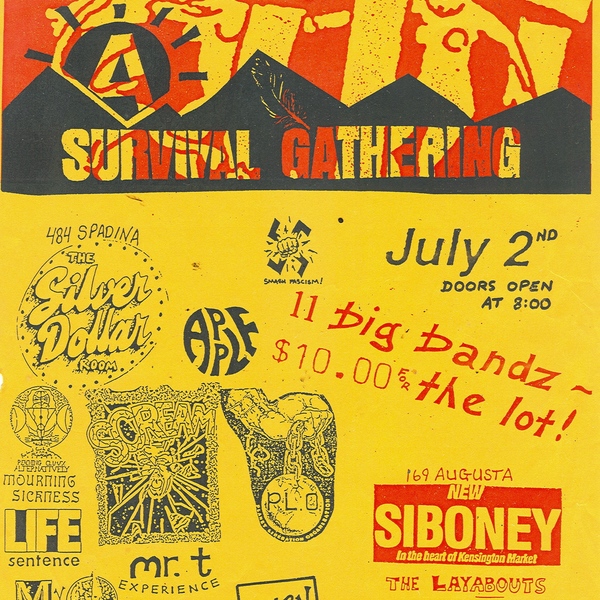 Poster for the 1988 Anarchist Unconvention shows at the Silver Dollar Club and the Siboney.

Two live music shows that took place on the second night of the Survival Gathering, which featured Toronto postpunk and queercore bands Fifth Column, Tulpa and Mourning Sickness and US bands MDC, the Layabouts, Scream (featuring a pre-Nirvana Dave Grohl) and The Mr. T Experience.

The Silver Dollar show occupied both floors of the club and was packed to far beyond capacity.

The event has been cited by Tom Jennings and others as a pivotal moment in the development of the international Queercore movement.

The print at the top of the poster was created by Rocky Dobey and the logos were created by the individual bands, radio stations and venues. We don't yet know who assembled these elements into the final poster design, but we're hoping to find them!